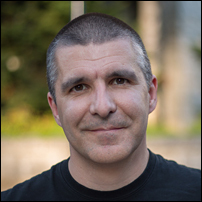 Sébastien is playing with computers since the beginning of ’80s. After spending some years with 8-bit processor assembly programming, he specialized in the ’90 in C/C++ and i386 assembly on Win/Intel.

During the Internet years, he participated to several startups and releases some open source softwares, including a multi-platform XML parser written in C++. At this time, he was confronted to software pirates and the world of buffer overflows and SQL injections. In 2002, he switches to applications security and forensics and co-founded ADVTOOLS in Geneva.

Since June 2014, he works as a security engineer for SCRT, a Swiss company near Lausanne. He is also involved in feminine initiatives around Information Technologies and cyberfeminist groups.

This entry was posted in ASFWS 2014, Speakers. Bookmark the permalink.

One Response to Sébastien Andrivet